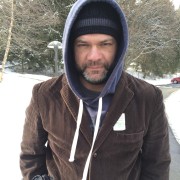 Dave Fromm is an attorney and the author of the memoir Expatriate Games (Skyhorse 2008) and the novel The Duration (Tyrus Books 2016). He lives in western Massachusetts with his wife and kids.